Forte Oil, West Africa’s largest petroleum marketing company which is controlled by Nigerian billionaire Femi Otedola, plans to raise up more than $500 million to expand its business across Nigeria.

Akinleye Olagbende, the company’s Chief compliance officer, said in a statement issued to journalists on Thursday that the oil marketing giant may raise funds through a rights issue, bond or share offering, or global depository receipts. Forte Oil will seek shareholder approval for the fundraising exercise at its annual general meeting which will hold in Lagos on April 26, 2016.

“The capital raising is part of our preparations to take advantage of opportunities in the economy,” Olagbende said.

Olagbende said that Forte Oil plans to expand beyond its petroleum marketing and power generation businesses and is exploring new opportunities in the upstream sector of the oil industry and in other businesses in the energy value chain. 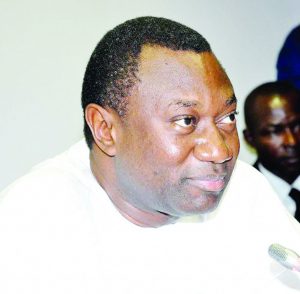 Originally a Nigerian subsidiary of British Petroleum (BP), Forte Oil has more than 500 gas stations across the country. It owns oil storage depots and manufactures its own line of engine oils. In 2013, the company made a foray into power generation when Otedola led the company to purchase a government-owned stake in a gas-fired power plant in Kogi state in central Nigeria. In January, Forte Oil reported a profit before tax of $35 million for its 2015 financial year compared with less than $30 million the previous year.

Femi Otedola, 53, who is the chairman and controlling shareholder of Forte Oil, has a current net worth of $1.6 billion according to FORBES’ Realtime billionaire scoreboard on Friday.